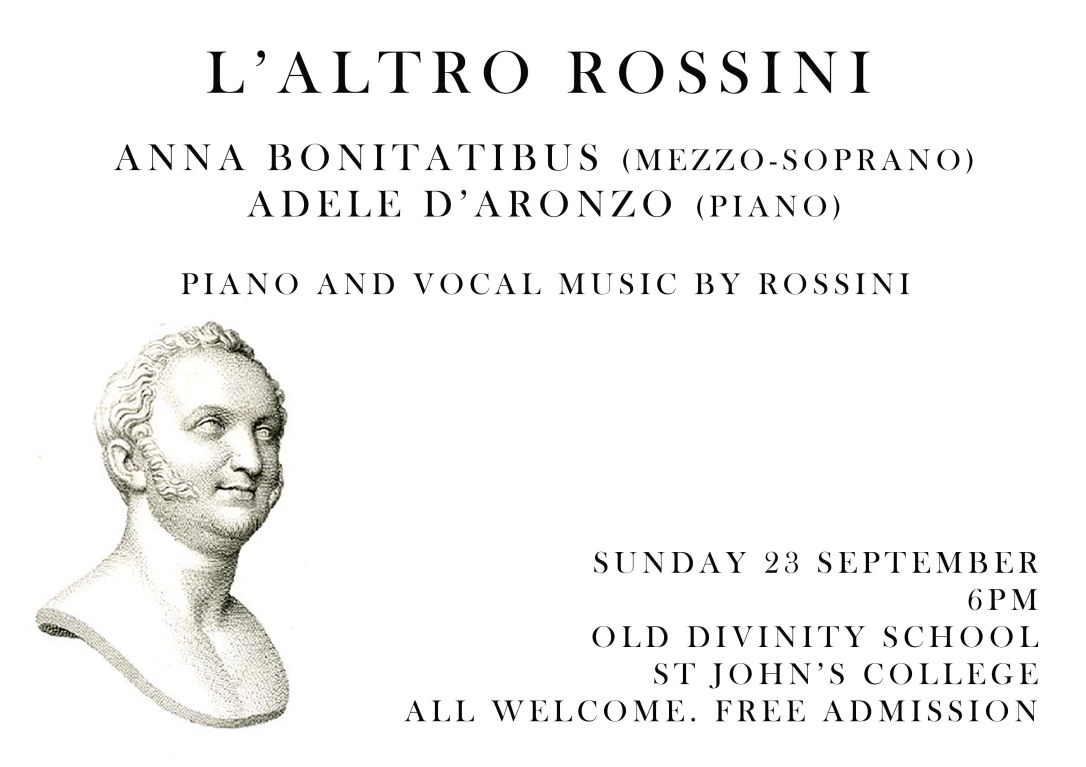 A concert and an international conference marking 150 years since the death of the world-famous composer Rossini will be held at the Old Divinity School, St John’s College.

Gioachino Rossini (1792–1868) achieved international fame in his lifetime with operas such as The Barber of Seville and William Tell. Since the 1950s there has been a ‘Rossini Renaissance’, during which many of his operas – including some that had disappeared in the nineteenth century – have been edited and revived to critical acclaim. This concert and conference are part of a number of celebrations of the composer’s work in the anniversary year 2018.